Skiing in Austria by Car

Budget-conscious but ski-addicted? Journalist Rob Rees shows you how to avoid airline aggro, save money, and discover new resorts to keep your skiing adventures fresh.

Last season we chose to avoid the duplicitous airline fees, the messy service and crowded terminals by driving to the Austrian Alps. If you have your own skis and there are at least three paying passengers, driving works out cheaper. It takes a bit longer, but if you split the driving that's two 2-hour stints each and you'll be dropping down the Fernpass into the Inn Valley sooner than you can say "Auf Wiedersehen".

Taking a car allows you to pack everything you need for all skiing weathers (15 kg / 33 lbs is "minimalist" for an airline skier), and there's no hanging around for trains, overpriced taxis or those non-sensical, 4 a.m. charter coaches to and from the package holiday airport. The best bit is that the car enables you to stay cheaper in the valleys, opening up a wide choice of surrounding resorts each day.

You can easily put together your very own Ski Safari and discover little-known, uncrowded local resorts where lift passes can be up to 30% cheaper than the mega resorts. Keep saving too. Top up with hypermarket drinks for the guesthouse, buy DIY lunch delicacies for the rucksack, and you'll still have enough for those obligatory Austrian post-slope beers and dancing on tables in your ski boots.

Crossing the Channel: Time-wise, the Eurotunnel wins, taking you from Dover to Calais in just 35 minutes, but the clever parties go to Dunkerque via the Norfolk Line ferry and get going east to pick up the free Belgian/German motorways. It takes a little longer at one hour and 50 minutes but it avoids the drive to Belgium and crowds in Calais.

Satnavs with European maps preloaded make this a doddle now, although be aware of their natural tendency to direct you down the paying autoroutes of France via Lille to Austria. Get the route right and you do not pay a penny getting to Austria via Belgium, Holland and the German autobahns. Exiting the Eurotunnel, head northeast and follow signs to Dunkerque/Oostende, then to Ghent, Brussels, Leuven, Genk and onto Aachen, briefly into Holland. Then aim for Kerpen (Michael Schumacher's hometown!), Koblenz, Frankfurt, Stuttgart, Ulm, Kempten and Reutte, then finally over the Fernpass by Imst into the Tirol (skiing in the Zugspitz Arena resorts of Lermoos and Ehrwald, if you have time!). 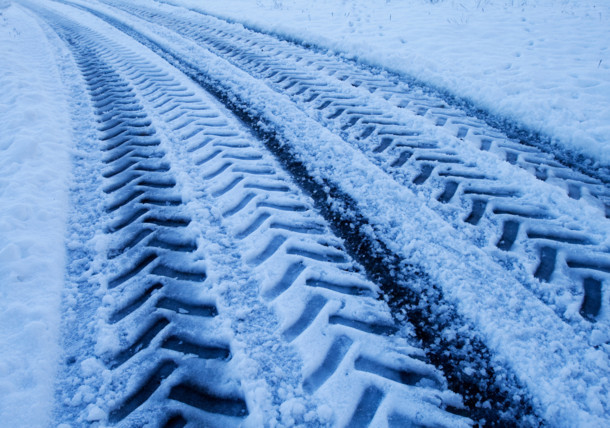 You can really break new ground, ski in uncrowded areas (and we did our two safaris in New Year and February half-term respectively) and feel like you are in your very own secret parts of Austria.

This itinerary offers snow sure skiing on the 3,440-metre (11,286 ft) Pitztal glacier and the nearby areas of Riflsee and Benni Raich's Hochzeiger in Jerzens, plus day excursions to Nauders, Serfaus-Fiss-Ladis, and Samnaun. The combined skiing on this safari totals well over 500 km (311 mi) with Serfaus offering 160 km (99 mi) and Samnaun opening up the whole of the Ischgl's 200 km (124 mi) Silvretta Arena from the Swiss side. Nauders on the Reschenpass at the South Tirol-Italian border throws in a fun 65 km (40 mi) for good measure.

We based ourselves over the busy New Year week near the Pitztal glacier in Plangeross with the ever hospitable Sepp Eiter at Pension Anna. Most of the top ski teams train early season on the Pitztal glacier, prior to the FIS World Cup kick-off in Sölden in the valley adjacent. 2,800 m (9,186 ft) Rifflsee provides four blacks and gentler descents like the valley run blue 1. Combined the two areas offer 49 km (30 mi) of varied skiing.

You've an absolute gem in the resort of Hochzeiger, voted by the ADAC - the leading German travel magazine - as the Newcomer Resort in 2010 for its excellent 9 lift infrastructure, 52 km (32 mi) of runs, and overall ambiance. Benni Raich learned to ski here - his dad was an instructor in the Jerzens ski school - and you can understand why he is such a good all-round skier. The resort has everything from steep blacks, cruising reds, dense forests, and some super huts. To ensure a table, book for a well-deserved lunch at the Stalderhütte, where the table service and traditional dishes are outstanding.

Serfaus offers all you need for at least three full ski days, with easy access to the whole area by parking at the Waldbahn lift station, when you drive up from the valley. There are some stunning huts in the Cervosa Alm, Zirbenhütte, and Weiberkessl. Reschenpass, which includes Nauders, Schöneben, and Haideralm, offers an unbelievable value 6-day family ski pass in low season. Nauders is the biggest area and has many wide runs from the top of Bergkastel and some testing descents from Tscheyeck. The best spot for lunch is the lively Lärchenalm.

This is an altogether different take on a winter holiday staying by the side of a sunny lake in Austria's beautiful Carinthia and driving no more than 45 minutes to access a different resort each morning. In a week, we experienced the complete spectrum of skiing in Bad Kleinkircheim, Katschberg, Gerlitzen, and Turracher Höhe. With the Topskipass Kärnten Osttirol, you can add resorts like Nassfeld-Hermagor and the Mölltaller Glacier, about 90 minutes away, covering 32 ski resorts and over 1,000 km (621 mi) of pistes in and around the lakes.

Base yourself by the Millstättersee, more commonly a summer destination, where even in February half-term you can pick up high quality 4-star hotels like the Hotel Post. 25 minutes away is Bad Kleinkircheim or 'BKK', the home region of Franz Klammer. There are 103 km (64 mi) of forested skiing, Franz's favourite Kaiserburg mountain, and some cosy huts such as the Zum Poldl above St. Oswald. When you are done, experience the exceptional Nockberg mountain cuisine and work off some of it (or just lounge about!) in the state-of-the-art Römerbad thermal spa.

Nearby Turracher Höhe is one of the most fun day resorts I've experienced. It has steep runs that take your over into nearby Styria from the top of the eastern mountain, a tractor taxi which tows you by rope across the frozen lake and a brilliant bobsleigh track called the "Nocky Flitzer" from the top of the Panoramabahn. You won't find a more enjoyable 38 km (24 mi) of skiing anywhere.

Head further south-west to unlock the biggest Carinthian resort of Nassfeld, with 110 km (68 mi) of sunny runs, sitting at 2,020 m (6,627 ft) on the border with Italy and possessing the longest lift in Austria, "The Millenium Express". Cruising wooded runs such as the 7.6-kilometre (4.7 mi) Carnia red piste to Gailtal and huts galore make this ideal for at least three days.

If all this discovery is tiring you out and you fancy a shorter day, then head for an afternoon to Gerlitzen which is the home hill of Villach. Small can be perfectly formed too as Goldeck, on the edge of Spittal an der Drau, has the longest black run in the Alps, with 1,600 m (5,249 ft) vertical descent on a 8.5-km (5.3 mi) piste, despite only 30 km (19 mi) of skiing.

But don't miss Katschberg, a glorious drive up the Salzburg motorway. Here, you'll find another gem which is a stone's throw from Lungau and other ski areas like Obertauern and Grosseck-Speiereck. Katschberg has undergone significant development since the first lift was built on the pass in 1959, proudly adding some unusual architecture in the shape of two award-winning apartment blocks, the Edel:Weiss Residences designed by the Italian architect Matteo Thun. The two towers are covered in a structure made from local larch wood and the shape chosen is a round bodied, diamond rhombus. Beginners and intermediate skiers are well catered for with wide, uncrowded blue and red runs leading down the two sides of the valley. There are two must-dos for the better skiers: firstly, the off-piste trip off the back of the Tschaneck to the Pritzhütte in Gontal, where a warming glass of Zirben schnapps is followed by a rope tow by horse and sleigh back to the main pistes; secondly, dash at full speed straight down the 6-km (3.7 mi) A1 piste on the opposite Aineck side of the valley, all the way down to the village of Sankt Margarethen.